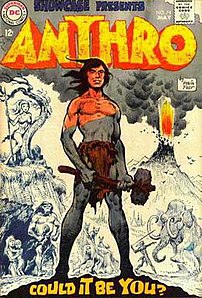 If you’ve never visited Neuroanthropology, you’re missing a great anthro-blog! The WordPress theme they use is pleasant to the eye and the content is stimulating for the brain in a wonderful blend of neuroscience and anthropology.

Daniel and Greg, the bloggers there listed what they’ve titled the “Best of Anthro 2008” based on submissions they obtained from the anthrosphere (that part of the blogosphere modified by anthropologists, not the part of the planet modified by humans). And they gave ‘prizes!’

I placed in Best General Discussion and Best Snake Striking Graphic for my posts Neanderthals were not stupid and The Serpent Mound respectively.

Two of my favorites, written much better than my meager entries, are Archaeoporn’s A Review of Methodology in “Biblical Entheogens” and Another Anthro Blog’s Sharing Knowledge: How the Internet is Fueling Change in Anthropology. Archaeoporn critiques Benny Shanon’s speculation that Moses was under the influence of mind-altering substances throughout his “encounters with God.” Another Anthro Blog explores the role of blogs and online journals in anthropology -his Power Point Presentation is a must read.