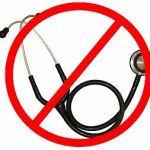 Here’s a line I noticed on a mystery-monger site, posted by some well-meaning, if somewhat ignorant, significance-junkie.

“… the often ridiculously closed society of “mainstream” Archaeologists, who sometimes prevent truths from seeing the light of day in order to save face.”

The term “mainstream” in common usage refers to the ordinary, the norm, what’s expected, and that which is generally the status quo. When those outside of science couple this term with a discipline of science, what they’re really saying is, “those people who actually *do* science.”

It’s a bit like “independent scholar,” that loaded term used by those that don’t have training in academia or standing with any institution of higher learning, yet consider themselves “learned.” Perhaps they are. But, again, would you trust your medical advice to an “independent scholar” of medicine? I’d rather mine had her training supervised by an experienced and learned scholar of a recognized, accredited institution of higher learning, thank you.

What those who toss about “mainstream archaeologists” and “mainstream historians” would *like* to say is that they have a version of truth that exists which disagrees with science and reality, and they don’t consider scientific method a valid norm when it disagrees with their conclusions. They do, however, love science when it coincides with their notions.

Which brings us to the last part of the flip comment above: “… who sometimes prevent truths from seeing the light of day in order to save face.” For some -like those who find undo significance in the otherwise mundane; who hunger for mystery and dislike prosaic, rational explanations- “truth” is a term that is relative. You’ll hear them say it and read it in their writings: “truth depends upon the observer,” and “what is true for one person might not be true for another,” or “we are all entitled to believe what we want.”

The majority of these folk aren’t interested in finding any truth that doesn’t fit their pre-conceived conclusions. Whether it be Michael Cremo followers and their “out of place artifacts,” believers in ancient astronauts, proponents of high civilization in Yonaguni, Japan at 10 kya, or creationists who reject an earth that is older than 4 kya.