In the last year, there have been a few stories that presented some bad archaeology and, since this is the last Four Stone Hearth of the year, I thought it might be useful to recap these stories with a summary of each that includes the primary assumptions and faults they rely on. Iâ€™ve included some stories that you might expect, such as the Bosnian pyramid and the Jesus tomb, but also at least one you might not have heard about. A bibliography with links for further reading will follow this article 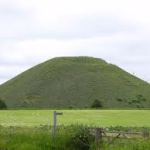 The hoopla actually started in 2006 with Semir Osmanagic’s announcement that he had found the largest and oldest pyramid known to man, which was created by between 8,000 and 12,000 years ago “so large and so old it threatened to change the history of Europe and the World as we know it. And it would have. Had it been genuine.

But such is the nature of pseudo-archaeological claims: they provide much sensation and appeal instantly to the significance-junkies and mystery-mongers who want there to be something mysterious and, perhaps, sacred about the emergence and antiquity of man. This is why we see so many products for sale, particularly in the “alternative” medicine (as if there really are legitimate alternatives to medicine) field, that claim to have been “discovered by” or “known to” the ancients.

Osmangic was the guy that wrote a book which put the ancestry of the Maya as the Atlanteans. And, as if this weren’t kooky enough, he placed the ancestry of the Atlanteans as extra-terrestrial.The media (perhaps being the natural significance-junkies and mystery-mongers that they are) picked up on Osmanagic’s press releases and ran with them, without consulting with any genuine archaeologists. In spite of the press claims, Osmanagic is not an archaeologist. Not even close.

The reason the press was duped (and is still being duped in some cases) by the pyramid-claims is that the hill does vaguely look like a pyramid from certain angles (as do many, many hills around the world) and that there is some very interesting geology in the region that gives the appearance of manmade blocks. But the geology has been very well explained and understood, even before Osmangic and his “team” began bulldozing the hillside in what they refer to as “excavations.”

The main problem with this sort of pseudo-archaeology is that it is destroying a genuine archaeological site that has nothing to do with pyramids.

The tomb itself was actually discovered in 1980, but â€œrediscoveredâ€ in more recent years by Simcha Jacobovici who co-produced the documentary The Lost Tomb of Jesus with James Cameron.

The assertion is, obviously, that this is the tomb of Jesus Christ, the Christian Messiah who was, according to biblical legend, crucified to death by the Romans only later to “rise from the dead” and ascend to heaven. The implication, therefore, is that Jesus did not ascend at least bodily to heaven and that there were remains left to entomb. Based on the inscriptions found on other ossuaries within the tomb, other implications were that Jesus: was married to Mary Magdeline; had brothers and sisters (some of whom may have been older); had a child; may not have died on the cross; etc.

The producer, Jacobovici, claimed in the documentary that this is proof of the 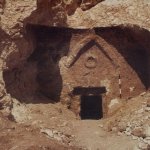 existence of Jesus, making this, too, an implication for those that doubted the historicity of Jesus or for those interested in defending that historicity.However, the documentary doesn’t reconcile a few problems, most namely perhaps, the 600 to 1 claim created by a statistician and used in the documentary. In this claim, statistician Andrey Feuerverger concluded that the odds are at least 600 to 1 that the combination of names appeared in the tomb by chance.

Scientific American had this to say:

Scan The Lexicon of Jewish Names, which includes names from ossuaries, ancient texts and every other source available, and you will learn that the names unearthed in the so-called Jesus Family Tomb were among the most common of that era. One in every three women listed in the Lexicon was named Mary, for instance, and, at that time, one in every 20 Jewish men was called Yeshua, or Jesus. “I did permit the number one in 600 to be used in the film and I’m prepared to stand behind that but on the understanding that these numbers were calculated based on assumptions that I was asked to use,” says Feuerverger. “These assumptions don’t seem unreasonable to me, but I have to remember that I’m not a biblical scholar.”

Indeed, one of the biggest contentions about the alleged “tomb of Jesus” is that the names were common. William Dever who, until recently, was the Professor of Near Eastern Archaeology and Anthropology at the University of Arizona in Tucson, Arizona, stated in the Washington Post article, ‘Lost Tomb of Jesus’ Claim Called a Stunt, the following:

“I’ve known about these ossuaries for many years and so have many other archaeologists, and none of us thought it was much of a story, because these are rather common Jewish names from that period. It’s a publicity stunt, and it will make these guys very rich, and it will upset millions of innocent people because they don’t know enough to separate fact from fiction.”

That article is no longer available online, but there are numerous internet sites that seem to quote it. Iâ€™ll include it in the bibliography as I did find it in the Lexis-Nexis database. The quote is accurate. 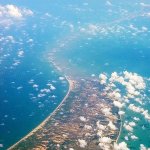 Also known as Rama’s Bridge (or Rama Sethu in Sanskrit) via the Ramayana written between 500 – 100 BCE, this tombolo connects India to Sri Lanka and Vedic legend says that it was built by Rama as a means to rescue his consort who had been abducted and taken to Sri Lanka by Ravana. The tombolo itself stretches approximately 30 miles and separates the Gulf of Mannar from the Palk Strait. Believers in Vedic mythology think the tombolo is a manmade bridge (the name “Adam’s Bridge” is the Western name found on early British maps), but science reveals something quite different of course.

The reason this shows up as a topic of psuedo-archaeology is because the highest court of the state of Tamil Nadu, where the bridge resides, states that the “bridge” is manmade. This is in response to the Sethusamundram Ship Canal Project (SSCP), which is a goal to link the Palk Bay and the Gulf of Mannar between India and Sri Lanka, a project that, upon completion, would cut about 400 km of shipping normally used in the voyage around Sri Lanka. But government officials deem the tombolo as a “divine” feature and one that is religious in significance, preventing progress in their region.

This is a topic that is linked very strongly to the Vedic Creationism of Michael Cremo, the author of Forbidden Archaeology, and I think I remember seeing it mentioned in this “text” if I’m not mistaken, but I no longer own a copy of it to verify. Regardless, Cremo argues elsewhere that man is millions of years old, and as Homo sapiens who possessed “high technology” or “high civilization.”

Adam’s Bridge is a geologic feature and not a constructed one, and it has been studied at length and satisfactorily described by geologists (Nityananda & Jayakumar, 1981). There’s no mystery to the Palk Straits. Tombolos are common in the world and the geologic morphology is ideal for one in the Palk Straits. Moreover, 1 million years ago the dominant hominid species was Homo erectus, who relied on Acheulean tools, hardly the technology capable of constructing a “bridge” across the Palk Straits. Various dating of the tombolo itself has been placed between 3,500 to 6,000 years ago, which puts the formation at a very recent age, geologically.