In an earlier blog post, I mentioned the Nabta Playa monuments that date back to the Neolithic and the attempts of certain significance-junkies to use this as a stepping stone for positing a greatly exaggerated antiquity of man. In that post, I reviewed an article that ran in a mystery-mongering magazine called Atlantis Rising as it made a good example of the sort of spurious connections significance-junkies use as they put forth the notion that modern humans (Homo sapiens) have been on this planet for millions of years and that there existed civilizations, such as Atlantis and Lemuria, that had “high technologies”.

In the previous post, I also mentioned another article in the same issue of the same magazine, which discusses the alleged footprints in Valsequello, Mexico. I’ll still not get to these footprints today, though we’re working up to them! First, I think it’s important to look deeper into the claims and inner workings of the mystery-monger, using Michael Cremo, author of the book Forbidden Archaeology, to illustrate their methods.

Cremo had an article in the March/April 2006 issue of Atlantis Rising in which he offered his opinion about the Sterkfontein archaeological site and the museum that resides there. Cremo was finishing a tour of South African universities, “lecturing” on “forbidden archaeology,” when he took the opportunity to visit the Sterkfontein caves and heritage museum.

One of the most striking things about the article is Cremo’s pejorative rhetoric with regard to the scientific establishment and evolution in particular, which was very reminiscent of the rhetoric used by Young Earth Creationists and Intelligent Design proponents. He refers to a quote by Richard Dawkins as an “infamous” one and derides the lack of answers that evolutionary science provides for the development of complex life from mere “chemicals.” Cremo also oversimplifies the process of evolution with credulous ambivalence and all but says “irreducible” when he comments on the “complexity” of life, and he blames the museum for not providing a concise yet complete account of evolution:

It’s difficult to tell if Cremo meant that last line as an acknowledgement or an admonishment, but the genetic changes he’s referring to are the ones that led to “changes in physical structure” that resulted in the diverse taxa of life today which began with a common ancestor. Cremo’s rhetoric, however, isn’t geared to promote a young-earth belief, but a very old one. Like YEC proponents, his contention is that science has it wrong with their explanations for the age of man, except Cremo believes that humans have been on the planet for millions of years rather than thousands: modern humans alongside australopithecines. 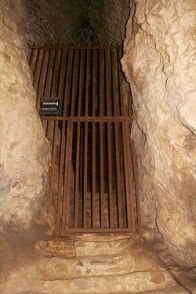 Midway through the article, Cremo describes his descent into the caves at Sterkfontein, deriding the exhibits and evolution itself:

Evolution is like the new religion. Not only does it have its priests (evolutionary biologists) and scriptures (The Origin of Species) and saints (Darwin). It also has its churches (museums) and sacred places (like Sterkfontein) and relics (fossils of our “ancestors”) and its inquisition that condemns heretics (like me). All very religious.

Cremo goes on to liken the experience of entering the cave to a “pilgrimage” to the alleged site of the birth of Jesus and it’s here that he seems affronted that the exhibit is missing the fossils of humans as erroneously described in his book.

I was suddenly overwhelmed with a strong sense of the utter falsity of this supposition. It was clear what happened. Three million years ago, some poor ape with some few human-like features in its bones fell down into the cave and died. The bones were incorporated into the rock. And then later some human scientists found the bones and called them our “ancestor,” although that is not true at all! Three million years ago, and further back than that, there were humans, apes, and apemen, all coexisting.

Ron Clark recovered an australopithecine at Sterkfontein that was nearly a complete skeleton, including a very complete

skull. Cremo’s big question (which he claims to have fielded to Ron Clark after a conference in South Africa) is: why don’t the footprints at Laetoli match the foot bones found at Sterkfontain?

Clark insisted that a creature like his Little Foot did in fact make the Laetoli prints. But, according to him, the creature must have been walking with his long first toe pressed tightly against the others. And also he must have been walking with his other four long toes curled under. And that’s why the footprints looked human! Otherwise, one would have to say, as I do, that humans like us were walking around in Africa over three million years ago.

Cremo finishes the article stating that the assumption that there existed “apemen” with feet “exactly like human feet, avoids the conclusion that these are human prints.”Possible,” Cremo says, but “no one has ever discovered from that time period the bones of any apemen with feet must like human feet. At the present moment, the only creature known to science that has a foot like a modern human is a modern human.” 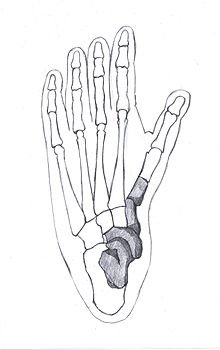 One of the most serious problems with Cremo’s assertion, lack of any evidence aside, is that it isn’t parsimonious. It raises more concerns than provides any explanation since hominid evolution is tossed out like so much bath water. The physical evidence of hominid remains points to an overall gradual change in morphology over a span of 4 million years to the last 150,000 or so. Examples of individual species is chronometrically consistent in the fossil record: not a single example of human remains has been found in strata associated with Australopithecus afarensis or vice-versa. So the claim that humans existed alongside “apemen” (sic) 3.5 million years ago will need a bit more than the rants of a single mystery-monger.

And there is some debate about which species created the footprints at Laetoli. There is evidence of A. afarensis remains at Laetoli at around the same period the prints were dated to 3.6 million years ago, but recent suggestions have been made that the prints may have been made by A. anamensis or even an as yet unknown species of hominid. In my next post on this subject, I’ll review some of the literature involving the Laetoli prints, foot morphology of a couple australopithecines and then on to the claim that footprints found in volcanic ash in Mexico are evidence of the great antiquity of man.

Note: This article was originally published in October 2006, but I’ve refreshed and updated it with the intent of adding to this series in the near future.

About Carl Feagans 370 Articles
Professional archaeologist that currently works for the United States Forest Service at the Land Between the Lakes Recreation Area in Kentucky and Tennessee. I'm also a 12-year veteran of the U.S. Army and spent another 10 years doing adventure programming with at-risk teens before earning my master's degree at the University of Texas at Arlington.