I recently listened to some discussions on preservation on the Archaeology Podcast Network, and it inspired me to write a little about “preservation” as I see the term.

I found myself variously agreeing and disagreeing with the participants in the discussion so I wondered what it was that made this seemingly innocuous term somewhat controversial between the discussants and myself as a listener. I think I’ve arrived at the conclusion that the disagreement stems from attempts to pigeon-hole the term. If you narrowly define “preservation” as something along the lines of “sustaining or maintaining an historic object or structure in its existing form or restoring it to a previous state for future appreciation,” then I’d have to say this might be an endeavor I lack an interest in as an archaeologist.

As an archaeologist trained in the United States, I’m also an anthropologist. Archaeology is, after all, a way of studying 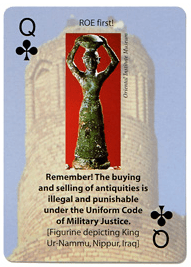 people. In any archaeological endeavor, whether it’s: an excavation, a survey; working on pottery fragments in a lab; collecting zoological samples from middens; dating phytoliths; or comparing strontium samples, the end result relates to people. It relates to how they lived, where they lived, what they ate, when and where they migrated to or from, etc.

So in my role as a cultural resource manager, I’m again concerned about people. Many of them are long dead though some of them still live, particularly through descendant populations. These cultural resources range from still standing historic houses or barns from the 1930s or before to long buried remains of campsites and living spaces of Archaic populations that once hunted and lived within the geographic boundaries of the Forest I work on. Like all cultural resource professionals in the U.S., my team works with state and tribal authorities: State Historic Preservation Officers (SHPO) and Tribal Historic Preservation Officer.

It’s no accident that the word preservation is in their titles.

So, as a cultural resource manager, what is the goal of preservation?

I like the definition that Wikipedia uses for cultural heritage, which comes from an article by Anne Marie Sullivan in the John Marshall Review of Intellectual Property Law (2016), which states:

Cultural heritage is the legacy of physical artifacts and intangible attributes of a group or society that are inherited from past generations, maintained in the present and preserved for the benefit of future generations. Cultural heritage includes tangible culture (such as buildings, monuments, landscapes, books, works of art, and artifacts), intangible culture (such as folklore, traditions, language, and knowledge), and natural heritage (including culturally significant landscapes, and biodiversity).

That same Wikipedia entry goes on to also define “preservation” in the very next paragraph as, “the deliberate act of keeping cultural heritage from the present for the future.” 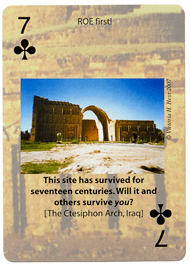 Some of the arguments that certain efforts of archaeological field work are not in the realm of preservation are understandable. In the podcasts I mentioned above, it was variously argued that site recording, photogrammetry, and even excavation were not preservation. Perhaps the easiest to understand of these is excavation, which is a destructive process. How can something destructive be considered to preserve? With photogrammetry, one can create a 3D digital model and even print a 3-dimensional representation of an object or even a structure. I think it was agreed that this was closer to preserving, but still not quite. The analogy of “sorry your house burned down, but here’s a small, 3D model of it to make you feel better” was both humorous and instructive.

But why must preservation be a diametric term?

It either fully preserves the materiality of a site or it doesn’t?

And this, I think, is where the problem lies: materialism.

As an archaeologist, material remains are my bread and butter. If there is no trace of materiality, I have nothing to do. Even historians need material remains in the form of documents. Anthropologists rely heavily on ethnography and oral informants, but people are still physical objects. Heritage, on the other hand, is this idea… a concept… an abstract notion of what a culture found important, necessary, or habitual. It’s an intangible attribute of a group or society.

Historic preservation of a structure is, if we model from earlier definitions, the deliberate act of maintaining or sustaining the historic character such that it’s kept as authentic as possible.

It seemed as though the preservation hardliners in the podcast discussions had structures in mind with regard to preservation. And, when it comes to preserving a structure, I completely agree with them and their points of view.

When it comes to preserving the cultural heritage on the Forest I work on, however, we can’t afford to take that approach. In some cases, literally. There simply isn’t the money. But we also can’t afford to take that approach realistically either. In nearly every project we do, recording exactly what we see allows us to better interpret the heritage. Whether this is a 19th century home of the last resident of our Forest or the location of a former town around the collapsed stack of an iron forge. Or maybe it’s the potential Mississippian horticultural site or the eroding earthworks of a Civil War fort that is now inundated by a lake.

We can’t preserve what we don’t know about. And, even if we know about it, material things are all temporary, some more so than others but even stone crumbles eventually. That 19th century house is real. And we’re doing our damnedest to keep it from melting into the landscape with zero funds. Those Civil War earthworks and that iron industry town are only barely known. To learn more means doing some creative recording. Metal detection, magnetic resonance, and simple shovel testing are on the list. Same for the possible Mississippian site. We collect the data and that will help us interpret the sites.

But are we not also preserving the heritage? That intangible bit of information that you can’t stick on accession number on or put in a display case… that abstract notion that comes from the culmination of a body of data and the tangible artifacts… the context of it all. Is this not the cultural heritage? Is the body of work saved, recorded, documented, interpreted, and otherwise reported to the State Historic Preservation Officer not considered preservation? I say, put preservation on a continuum or spectrum rather than an either-or dichotomy. Lets accept varied levels of preservation but agree that we must make the best possible effort to preserve the past for the future.

I once had a house fire that burned my house to the ground. This happened about 25 years ago. If you handed me a 3-dimensional model today, that I could pull the roof off of and look down into, I know staring down into that small, replica would bring back a lot of memories. Some of them would be good; some of them would probably be bad. But it would be the intangible heritage of that small group of people that lived there at the time.

Thanks to Chris Webster and his co-hosts for a fantastic set of regular podcasts. I’ve been listening to them for years and I never fail to learn something new.

There aren’t a lot of “heritage” themed images out there and I’ve always wanted to plug these card images into something, so that’s the reason for the ROE First cards (Rules of Engagement). I don’t own a deck, but I’m on the look out for one or two.

About Carl Feagans 374 Articles
Professional archaeologist that currently works for the United States Forest Service at the Land Between the Lakes Recreation Area in Kentucky and Tennessee. I'm also a 12-year veteran of the U.S. Army and spent another 10 years doing adventure programming with at-risk teens before earning my master's degree at the University of Texas at Arlington.