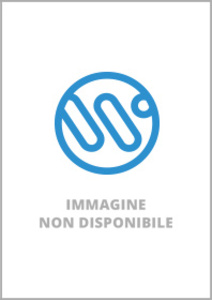 The Evolution of Human Populations in Arabia: Paleoenvironments, Prehistory and Genetics (Vertebrate Paleobiology and Paleoanthropology)

Nestled between three continents that have a rich record of fossil hominids is the Arabian Peninsula. The genus Homo can be traced back as far as 1.7 Ma in Africa, Asia and even Europe with fossil specimens of Homo erectus at localities like Koobi Fora, Java, and Dmanisi. But, ironically, there are no fossil examples of H. erectus on the Arabian Peninsula, excluding the Levant. There are, however, data that are suggestive of hominid activity stretching as far back as the Pliocene-Pleistocene boundary in the form of lithic tool assemblages and genetic study. And the paleoenvironments and demography along with the geographic position of the Arabian Peninsula suggest that it is probable early Homo not only passed through the region, but stayed and, perhaps, colonized it. Michael D. Petraglia and Jeffrey I. Rose have been stalwart supporters of Arabian archaeology and the need for more research on the Arabian peninsula for much of the past decade if not longer. Their primary goal in this volume is to present the argument that, not only is more research needed, but that the likelihood that this research will produce valuable and lasting results is high. Paleolithic Arabia is one of the least understood regions of the world for several reasons, among them perhaps is a harsh climate and the modern threat of terrorism and piracy. But, as Petraglia and Rose demonstrate through this volume of work by authors in various specializations, the potential for knowledge is great.

The volume is arranged in five sections including the final chapter that sits by itself as something of a summary. The first section, titled “Quaternary Environments and Demographic Response,” includes three chapters which examine the climate and geography of the Arabian peninsula and the region in general and how these may have affected the dispersals and demography of hominin populations since the Early Pleistocene. Geoff Bailey, in “the Red Sea, Coastal Landscapes, and Hominin Dispersals,” examines the various routes early hominins may have utilized to migrate from Africa to the Arabian Peninsula, paying special attention to the Red Sea as a barrier or obstacle to overcome. Adrian G. Parker discusses hominin dispersal as it may have been affected or even driven by climate changes in the upper Pleistocene. An interesting and, perhaps, useful portion of his chapter deals with the dating of paleoenvironmental proxy signals used to develop a chronological picture of the early climate in the region. Parker notes the potential errors and problems that can exist in dating techniques used and he suggests what needs to be done to limit these potential errors. Throughout this chapter, Parker demonstrates how human populations are tied to the oscillations in climate and how an understanding of the paleoclimate in the region can help in understanding the human responses. Tony J. Wilkinson presents the final chapter of this first section, “Environment and Long-term Population Trends in Southwest Arabia.” He begins by pointing out the limitations of understanding these trends present the further back in time they are looked at, but provides a good synthesis of what has been discovered about sites in Southwestern Arabia, particularly in Yemen with the Sayhad “incense route” sites. Here, Wilkinson touches on an interesting hypothesis of human migration that may warrant further investigation when he states, “the Yeman highlands may have benefited from a lower incidence of malaria which would have increased mortality rates in the lowland areas.” This is an interesting line of thought since elsewhere Bar-Yosef and Belfer-Cohen (2001: 21-22) have suggested that dispersals from Africa into Eurasia may have been triggered by the need for better health. They describe the zoonotic diseases prevalent in the equatorial region of Africa as health concerns that wouldn’t have affected Homo erectus once dispersed beyond the “disease-plagued belts of Africa” and that they would have been less constrained and better able to survive.

Section two of this volume places its focus on “Genetics and Migration” with three chapters. The first two, “Mitochondrial DNA Structure of the Yemeni Population: Regional Differences and the Implications for Different Migratory Contributions” and “The Arabian Peninsula: Gate for Human Migrations Out of Africa or Cul-de-Sac? A Mitochondrial DNA Phylogeographic Perspective” reveal a complex diversity and history of the human populations on the Arabian peninsula and suggest periods at which different mtDNA lineages arrived in Arabia and from where. The third chapter of this section, “Bayesian Coalescent Inference from Mitochondrial DNA Variation of the Colonization Time of Arabia by the Hamadryas Baboon (Papio hamadryas hamadryas),” examines the dispersal and range of Papio hamadryas, which populate both sub-Saharan Africa as well as southwestern Arabia. The author extensively examines the mtDNA of hamadryas baboons, noting that extant sub-species, including P. hamadryas split from a common mtDNA ancestor at about 1.8 Ma, implying that migration to the Arabian peninsula occurred during the Pleistocene. The author notes the intuitive desire to hypothesize a southern Red Sea crossing given that P. hamadryas exist today at both the Horn of Africa as well as southwestern Arabia just across the Bab el-Mandab strait. However, he also points out that even though fossil baboons are absent in the Levant, a northern migration can’t be ruled out. This is one of the more interesting chapters of the volume, perhaps because the problem of dispersal of P. hamadryas so closely resembles the Out-of-Africa problem of the genus Homo.

Part three, Pleistocene Archaeology, begins, perhaps, the real meat of this volume and contains seven chapters, of which the editors offer separate various contributions. In the first, editor Michael D. Petraglia, along with Nick Drake, and Abdullah Alsharekh deal with the Acheulean tools found primarily at two separate sites in Saudi Arabia, one near the Red Sea along the Wadi Fatimah and the other at DawÄdmi. The authors highlight both what is known, such as the spatial distribution of tools and the manufacturing processes, as well as unknown, such as the temporal distributions. Date ranges available to the authors for the sites were broad and part of their intent is to inspire additional research. The next five chapters deal primarily with Paleolithic tool assemblages from specific regions: Jebel Barakah of the Abu Dhabi Emirate; Sarjah and Ras al Khaimah of the UAE; the Hadramawt Region of Yemen; and South Arabia. Detailed descriptions of the stone tool assemblages and diagrams of individual lithics are provided throughout these chapters as well as tables of class and type for tools. The authors of these chapters also emphasize various problems associated with archaeological discovery on the Arabian peninsula. For instance Julie Scott-Jackson, William Scott-Jackson and Jeffrey Rose point out in chapter 10 the potential crises lithic sites are facing due to modern human activities like military maneuvers the use of limestone in new construction (p. 137). In chapter 11, Reto Jagher reminds us that similarities between stone tools from one site to another don’t necessarily imply ethnic identification or even the same purposes for the tools since it “is innate to the nature of stone tools that congruent forms and techniques were devised independently on repeated occasions in different areas and in various cultural contexts.” Jeffrey I. Rose and Vitaly I. Usik describe, in chapter 13, the problems associated with arriving at absolute dates within Upper Paleolithic assemblages in Arabia as well as demonstrating that the most promising sites for future discovery are probably going to be in regions that were once lush refugia of flora and fauna but now sites that are difficult to access and least hospitable: “the heart of the desert and the bottom of the sea” (p. 183). In the final chapter of this section, Lisa A. Maher compares and contrasts Late Pleistocene sites of Arabia with that of the Levant, noting the lack of Late Pleistocene sites in the Arabian record. The author supposes several explanations for why sites may be absent and discusses each in some detail, such as the problems associated with dating or identifying Late Pleistocene sites. She also mentions the possibility of bias toward earlier periods of the Pleistocene and the later Neolithic due to more interest in their relationship to “big picture debates regarding human dispersals Out of Africa.” Maher’s view is that of a Levantine historian and offers this volume a welcome, outside perspective serves well to further the discourse regarding Pleistocene archaeology in Arabia.

Part four, the last major section of this volume, is comprised of five chapters that deal with “The Early Holocene.” The first chapter of this section, “Holocene (Re-)Occupation of Eastern Arabia” looks at the continuity of human occupation in southeastern Arabia and hypotheses for migrations that appear to have occurred in and out of the region. The next two chapters focus on archaeological records of the Yemeni Highlands, where Holocene populations may have sought refuge during lowland dessication as a result of glaciation, and southern Arabia where evidence of early pastoral societies gives insight into the early herding strategies of people who may have migrated from the Levant during the PPNB. Chapter 18, the fourth chapter in this section, is titled “Archaeological, Linguistic and Historical Sources on Ancient Seafaring: A Multidisciplinary Approach to the Study of Early Maritime Contact and Exchange in the Arabian Peninsula” and the authors present a fascinating and well-cited synthesis of the published data that deals with the maritime history of waters surrounding the Arabian peninsula. Ancient texts of both the Sumerian and Egyptian cultures mention trade with other regions by ship, referring to these lands as Dilmun and Punt, respectively. It may, perhaps, not be a coincidence that the Arabian peninsula, lying between these two civilizations, also appears to have had an extensive trade network that included maritime trade. This chapter is truly one of the gems of the volume if only because of the wealth of data cited and combined to produce a single detailed account of maritime trade and exchange in the region that appears to predate even Greco-Roman marine excursions. The final chapter of this section looks at “Holocene Obsidian Exchange in the Red Sea Region” and the “complex system of material procurement and human interaction” (p. 289) that reveals itself through chemical and typological analyses of obsidian tools. Like many of the chapters, this one echoes the overarching theme of the volume, which is that there is more research to be done with a great potential for further discovery.

Anthony Marks completes this volume in a summary chapter that resides outside of the sections above. In “The Paleolithic of Arabia in an Inter-regional Context,” he reiterates the poor understanding and lack of knowledge that archaeologists have about the Paleolithic of Arabia, noting that this paucity of sites contributes to tendency for some to think of the Arabian peninsula as being only intermittently occupied during the Pleistocene. Marks summarizes the previous chapters by synthesizing them first into a temporally oriented description of the Lower, Middle, then Upper Paleolithic periods of Arabian prehistory. He then spatially orients a rough summary of the content of these chapters into west, south, then east Arabian regions of the Paleolithic.

For those in academia interested in Arabian prehistory, Evolution of Human Populations in Arabia will be an invaluable resource of data, citations, and problems associated with doing archaeology on the Arabian peninsula or interpreting previous archaeological finds. Those outside of academia who have an interest in Arabian and Near Eastern prehistory will, likewise, find this book an enjoyable addition to their library as well as a ready summary of the current understanding of the Paleolithic on the peninsula.