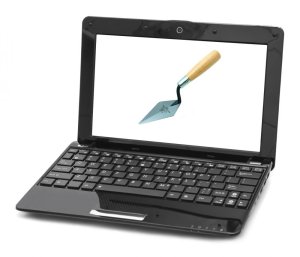 Doug’s Archaeology has invited bloggers to participate in a monthly carnival leading up to the SAAs in April and I’ve agreed to participate, so here’s my entry.

First, some of you might remember the Anthropology blog carnival we did some years back, The Four Stone Hearth. I’m curious if anyone is interested in reviving it, so drop me a line here if you are.

For this month’s carnival, Doug asks “two and a half questions” with an invitation to answer one or two. I’m going to take a stab at all three!

First up: Why blogging? – Why did you start a blog?

I realized I had something to say. It’s as easy as that.

But that would be a boring answer by itself, so let me elaborate a bit! My very first blog post is still out there on the interwebs but it isn’t an archaeology topic. I was sitting in front of the television one Saturday morning, enjoying my coffee and hoping to find something educational. Then I came across what turned out to be a paid advertisement by Kevin Trudeau, who was making some fantastic claims about cures for things like cancer and ADD that were being suppressed by the government. And he was selling a book about it. I quickly saw through his shtick, but I knew other people didn’t otherwise why invest so much money into a paid advertisement designed to look like a Charlie Rose-style interview? So I took it apart in written form, but I didn’t know where or how to disseminate the information. I thought of emailing it to friends, trying to get it published in a magazine… those didn’t seem effective or viable. I posted it to a couple of Internet forums I was a member of and it was received well enough…

Then I thought of setting up my own blog. I was already following bloggers like Bora Zivkovic at “Blog Around the Clock” and Greg Laden’s blog before he moved they moved to “Science Blogs” -then later Orac at “Respectful Insolence.” They made it look easy.

So I started a Blogspot account and pasted my review of Kevin Trudeau in as it’s first article. That was in January 2006.

The first few months, I made a handful of posts, but I then the Bosnian Pyramid flap happened on the Internet and I decided I’d focus my blog on “archaeology, anthropology, science, and skepticism” and found a fun little niche with writing about pseudoarchaeology. I wrote articles about the Bosnian Pyramid, Michael Cremo’s “Forbidden Archaeology,” the so-called tomb of Jesus, new-age hype surrounding Ohio’s Serpent Mound, and just about every claim of Noah’s-Ark-Found in the last 10 years. But I also wrote book reviews, informative reviews of new journal articles related to archaeology, and summaries of archaeological news. And I remained interested in topics of general skepticism as well, writing articles about UFOs, homeopathy and other pseudoscientific ideas.

A Hot Cup of Joe started at Blogspot, moved to WordPress.com, then I staked out my own domain a few years ago here at ahotcupofjoe.com and ahotcupofjoe.net.
Second: Why are you still blogging?

I still have something to say! And knowing there are those that actually read your work is a good motivator as well. When I was more prolific, I used to get direct emails from appreciative readers, and questions from other students (I blogged mostly during my undergraduate years).

I also feel very strongly about raising the public consciousness on matters of archaeology and science in general as well as promoting critical thinking and healthy skepticism. With the advent of the Internet in the last 20 or so years, pseudoscience and “weird things” have proliferated and it seems as if there is also a decline in science literacy. There are a lot of good fights out there that have their battlegrounds in the public sphere, and the scientific blogosphere is probably one of the most active and important. I think only the political blogosphere rivals it in proliferation of writing, but probably not in quality. Some of the most well-written things in science today are happening in blogs. You need only look at the Open Laboratory submissions of 2012 (for the 2013 issue) to see what I mean.

Third: Why have you stopped blogging?

It seems that way. My blogging definitely slowed to a trickle, which was a perfect storm of many things. I was finishing a master’s thesis in archaeology (those things never seem like they’ll be done), getting bogged down at work, and maybe a little distracted by life in general. It seemed that some of the pseudoarchaeological dried up a bit too. However, with the thesis behind me, I’m ready to start blogging again! And I have a few projects on the drawing board that I hope to draw together: a science forum at thescienceforum.org (dot org, not dot com), A Hot Cup of Joe (this blog), and SciCulture (where I’d like to draw a few bloggers that want to try science blogging while I’ll be blogging about the culture of science).

I’m definitely looking forward to sitting in on the SAA Blogging Archaeology session and hearing what the panel has to say!