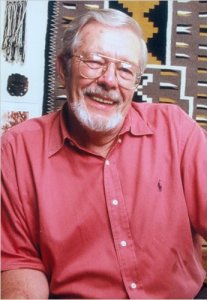 I rarely mention the passing of notable people on this blog. But I find that I have to make time and space for an archaeologist who’s been so influential on so many.

Lewis Binford, 79, passed away at his home in Kirksville, MO on April 11, 2011. Binford was one of the leading archaeologists of our time and, whether or not you agreed fully with his perspectives and theory, he is arguably one of the more influential archaeologists when it comes to shaping modern archaeology into a discipline of that is “a more scientific enterprise,” to quote David Meltzer of SMU.

I once described his seminal work, “Archaeology as Anthropology” on this blog, an article of his which was critical of the practice of merely cataloging data and hunting artifacts for museum display. Instead, Binford urged his fellow archaeologists to become scientists who were interested in discovering and describing the way people lived in antiquity and to do so using a scientific approach.

Binford’s ideas have many critics, some of whom I find to have valid criticisms and questions, but there’s no denying Binford got people talking.

If you talk to many archaeologists who have been around a few decades, you’ll here anecdotes about Binford. Some of them are amusing, some of them are even somewhat startling. One of the more curious that was relayed to me was that Lewis Binford was the inspiration behind the persona of Wilson, the next door neighbor to “Tim the Toolman” Taylor from the popular television sitcom, Home Improvement, and lent his name to the show’s fictional company “Binford Tools.”

I don’t know if that’s true or not, but I like the story.

There are a hundred reasons why Lewis Binford will not be forgotten. And a hundred more why he shouldn’t.