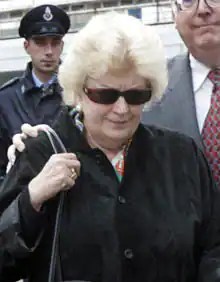 During the summer of 2005, a trial began in Italy with the goal of deciding the guilt or innocence of Marion True along with Robert Hecht, Jr in conspiracy to traffic in illegal antiquities. The trial is still underway in Rome and has certainly fulfilled the 2 year prediction some gave. The result is that several museums have already returned antiquities of illicit origin to their countries of origin, pariticuarly Italy and Greece.

True, the former curator of the J. Paul Getty Museum, and Hecht, the descendent of the department store mogul, didn’t begin their portions of the trial until Wednesday, November 16, 2005. Hecht was implicated following the 2004 conviction of Giacomo Medici, an Italian art dealer found to be responsible for one of the most sophisticated and extensive illicit antiquities smuggling rings in the world.

Throughout the 1980s, Giacomo Medici probably sold more antiquities at Sothebyâ€™s than any other single owner. Over the years, thousands of objects from Medici had passed through the London salesroom and millions of pounds had changed hands. None of the antiquities had any provenance because all were illegally excavated and smuggled out of Italy (Watson & Todeschini, p. 27 ).

True resigned from her position, recently filled by Karol Wight, in October 2005 under the fire of criticism with regard to her handling of acquisitions that had questionable origins. As she and Hecht began the trial in November 2006, Italy was demanding the return of 52 artifacts that were deemed to be stolen or looted and in the possession of the Getty. While Italy was also in negotiation with other museums like the Cleveland Museum of Art, the Princeton University Art Museum and the Metropolitan Museum of Art, talks with the Getty were the most difficult. The Getty initially only agreed to return 26 out of the 52 artifacts and the point of most contention seemed to surround the fate of a bronze statue, known as the Statue of a Victorious Youth, snagged in the nets of an Italian fishing trawler of the Adriatic coast of Italy in 1964.

In December of 2006, however, The Getty returned several antiquities to Greece, including a funerary wreath, a kore, and a grave marker with a marble votive. And it was in this month that Marion True sends a letter to the Getty reflecting her bitterness of the museum board’s treatment of her in the media. She accuses the Getty of using her as the fall guy for a practice of antiquities acquisition that was the board’s own responsibility.

By March, however, the Italian court gets to hear the contents of a 1992 letter that True wrote to the Getty board in which she informed them that the wreath mentioned above was “too dangerous for us to get involved with.” On the surface, it would seem that her intentions are pure, but Swiss antiquities dealer, Christoph Leon, stated that she advised the board to go ahead with the purchase the following year for $1.15 million. Leon is also on trial.

One of the interesting developments of the antiquities trial in Italy is the attention that has been spotlighted on the role of the collector as well as the museum in the antiquities trade. Indeed, without these entities, there would simply be no market for illicit antiquities. In June of 2007, the Italian court turned its attention to the American antiquities collectors who have collections that include objects looted from Italy as well as other countries. An Italian archaeologist, Daniela Rizzo, named Texas oilmen Nelson Bunker Hunt and William Herbert Hunt, both of whom liquidated their collections along with other assets after loosing their fortunes. Others were also mentioned, including Barbara and Lawrence Fleischman, the art philanthropists who once loaned True $400,000 allegedly repaid at around the time the Fleischmans sold part of their collection to the Getty for $20 million.

Its worth noting that 90 percent of the art collections in American art museums are the result of private donation. The collectors aren’t simply being altruistic, the donations result in tax deductions equal to the current market value of the object being donated -often far beyond the price they paid for it. And museums struggling for funds are all-too-eager to accept these donations to increase their presence, particularly when the antiquities are top-rate. About a dozen of the 52 artifacts that Italy wanted returned was donated by the Fleischmans.

Most recently, while the trial of Marion True and Robert Hecht continues, the Getty has agreed to return some 40 artifacts to Italy, including red and black figured craters and kylixs and amphorae, statues and bronzes. They’re even returning the Cult Statue of a Goddess. Most of the artifacts are destined to be transferred in the next several months, but the Cult Statue of a Goddess will remain on display until 2010 at the Getty Villa. The agreements that have been arrived at are important. Even though the artifacts are illicit in origin, they do serve to represent a cultural heritage and cultural ties between nations is extremely important in the field of archaeology.

The fates of Marion True, Robert Hecht and the Victorious Youth remain to be seen. Italy and the Getty agreed to “defer discussions” of the disputed bronze “until the outcome of the ongoing legal proceedings which are now underway in Pesaro, Italy.”