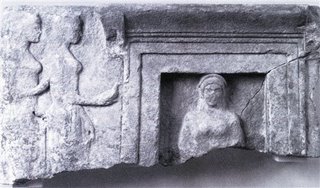 Two artifacts alleged by Greek authorities to have been stolen and illegally marketed ultimately to The J. Paul Getty Museum in Los Angeles are to be repatriated to Greece, a request that the nation has had for over a decade now for a total of four artifacts. The J. Paul Getty Museum has only agreed to return two of the four, which are alleged to have been stolen from an excavation storeroom and smuggled out of Greece to end up at the Getty. Pictured here are the two artifacts destined to be returned: a 4th century BC inscribed tombstone and a 5th century BC marble relief.

The remaining two artifacts are, perhaps the more important, and not on the Getty’s list to be returned: a 2,500-year-old solid gold funerary crown, and a marble torso of a young woman known as a kore. The funerary wreath is part of an on-going Greek criminal investigation, which includes that method of acquisition the Getty utilized. 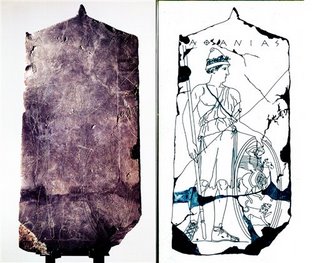 This news article at Zante’s news page provides some interesting information on the criminal investigation.

More on the topic of antiquities trade later….